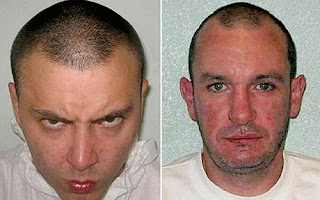 An urgent probe by the NHS may wish to focus on the mental health unit where a knife attacker sought refuge, prior to going on a rampage that left one woman dead and another seriously injured.

The patient, Nicola Edgington, 31, was from the same mental health unit where a previous patient also went on to commit a frenzied knife attack that left two foreign students dead.

TheBigRetort previously revealed that Edgington had been ordered by a judge to be detained indefinitely under the Mental Health Act after stabbing her mother to death in 2005 - but was conditionally discharged in 2009.

The 31-year-old recently admitted herself into Oxleas House in Woolwich, and fled the unit prior to her second and third attacks. Although a warning was put out by the unit to police, Edgington went on to stab one person to death and seriously injure another.

The probe might scrutinse the treatment offered to patients by the Oxleas unit and the conduct of its doctors because... it has happened before.

In 2008, Nigel Farmer appeared at the Old Bailey and was convicted, along with associate Dano Sonnex, of murdering students Laurent Bonomo and Gabriel Ferez at a flat in Sterling Gardens, New Cross.

Farmer was a patient at the Oxleas Foundation Trust. He signed himself out of the unit a few weeks prior to committing his frenzied knife attack on Bonomo and Ferez. Mr Bonomo was stabbed 196 times, including almost 100 times in the back after he was already dead. Close friend Gabriel Ferez, also 23, suffered 47 stab wounds and "bore the burnt of the fire".

A spokesman for Oxleas NHS Foundation Trust confirmed that Edgington was a patient and that British health officials were conducting an investigation.

TheBigRetort can reveal that Oxleas Trust has failed to confirm if a link may have also existed between either patient. Or if any other related cases exist following admittance to the unit.