BORIS BUS IS IN 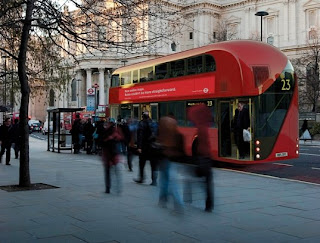 Their verdict: a big thumbs up for Mayor Johnson's "Boris Bummer.".

The old Bendies never did find much popularity (except amongst fare dodgers) and if Ferrari and others are to be believed, the Boris Bummer is likely to bring in the punters due to its lighting and sleek glass design, which also manages to retain the heritage of the old much-loved Routemaster.

Will is be a success amongst the travelling public?