THE car parking space at Intu Bromley shopping precinct was tight. As I pulled in the passenger side mirror to leave enough room for the other driver to exit, I scuffed the left front tyre of my car on the post base which protruded out. A silly design actually.

To exit I had to shuffle across to the passenger seat as the other car was too far over. But I made sure that the Hackney cab, which was not black due to the ad emblazoned across it, had enough room via its passenger side door.

My twelve-year-old daughter had an iPad and one of the speakers had been playing up for months. At the Apple Store the staff were incredible. A diagnostics confirmed that the speaker was faulty and not up to its high standards. Rather than send the iPad off to be repaired, which was my daughter's fear, Apple changed it for a brand new one.

We stopped off at KFC for a snack, popped into HMV for a movie - Captain Phillips, starring Tom Hanks, and Waterstones for a book.

The driver must have returned to green cab. The space alongside mine was now free.

I initially took it for a parking ticket. Jammed under the windscreen wiper was some notepaper, hastily ripped off from a pad. It had uppercase blue-ink handwriting. Six words. One began with a single letter: "U".

'What's it say?' my daughter asked.

'Nothing. It's just a piece of paper blown on to the the car!'
A little white lie.

Perhaps I answered too harshly. Perhaps too evasive. Perhaps she saw a shocked or bemused expression on my tanned face.

She tried to snatch the note.

I snapped at her: 'Leave the bloody thing!'
I decided long ago that I would protect her. They were just words anyway. Quite familiar words though.

Why then the need to hide them from my child, why the little white lie?

I crumpled up the notepaper, placed it in my pocket, surveyed the parking area.

No one in sight.

My mind flashed back to when I was my daughter's age. 'Half caste!' 'Half... breed!' 'Nigger!'
Sticks and stones may break my bones, but names...? Names did hurt. Is that what the persons who wrote those words meant to do? Or was it coincidence?

As I exited Intu Bromley, I wondered if the CCTV cameras might reveal the identity of the person who placed the note (pictured below) on my windscreen.

What do you mean, I would like to ask. 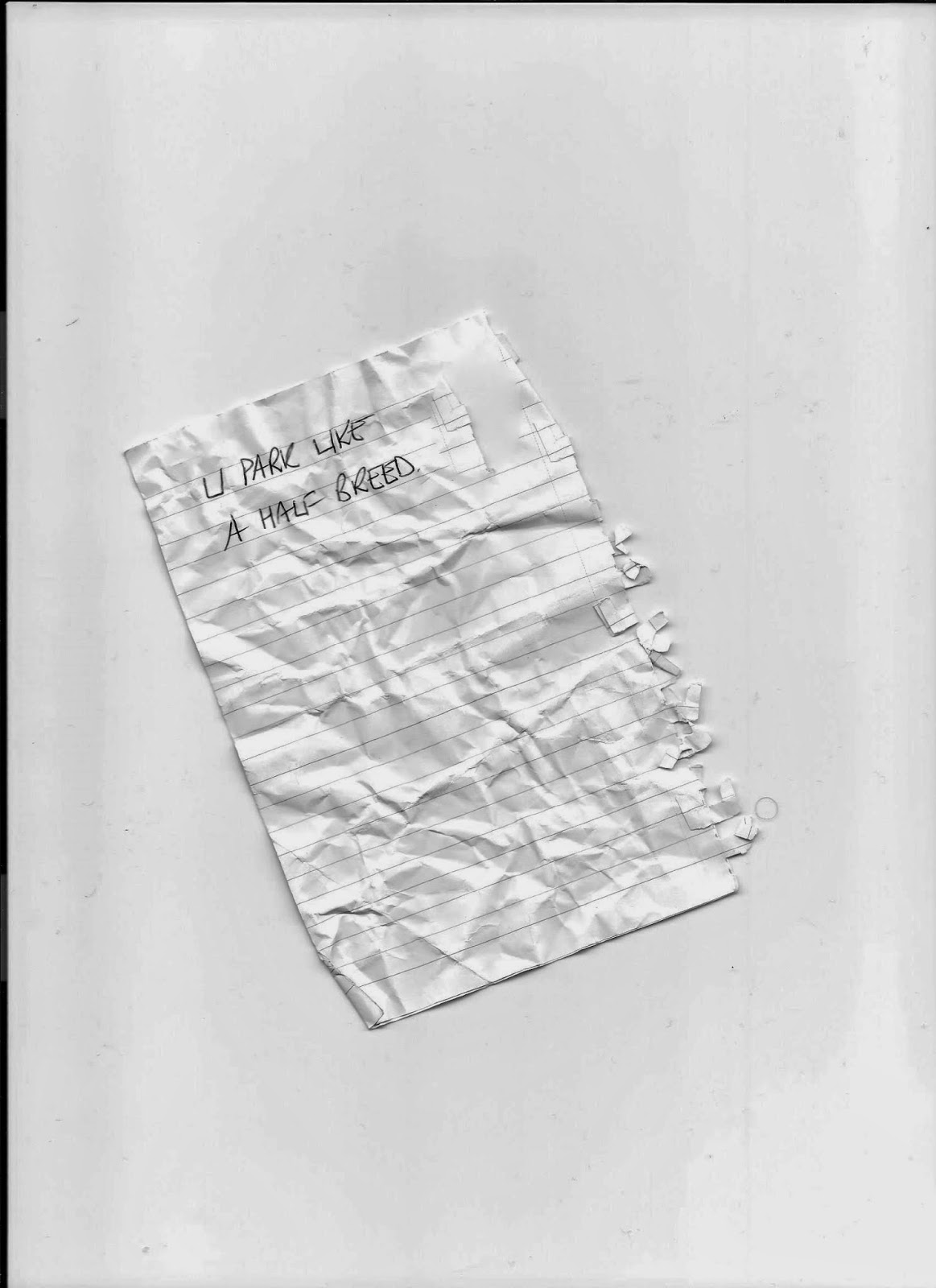