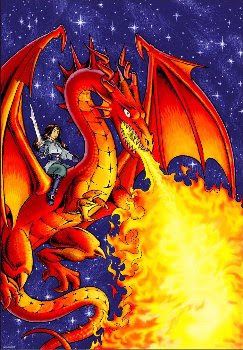 In the world in which we live there is an argument that bullying can be a useful tool.

Kelvin Mackenzie, the former newspaper editor and blowtorch of reasoned debate, claims that forceful motivation – renamed in this liberal age - is an absolute must.

Kelvin bullies his employees, but only if they are at a certain level - bullying across the board and not unproductive and demotivating bullying down.

According to Kelvin – and he is presumably not alone in this - bullying is what keeps us ahead of the global productivity game, without it we will whither on the global vine. But do bullies exist purely in the playground and boardroom, or can they be found in other strands of our society? And are we, as Kelvin MacKenzie may claim, simply mistaking forceful motivation for bullying?

The answer must surely be No... With our current obsession with such shows as The Apprentice, Big Brother, X Factor, Hell’s Kitchen… we are in fact officially a bully nation

The show originated in Japan... Owned by Sony, the format consists of entrepreneurs pitching for investment finance from five of the nation’s top venture capitalists – Dragons – who effectively bully but rarely invest. (The BBC admits that many deals ultimately fall through.)

Peter Jones, the school monitor who manages to be both present and absent – until the last moment when he finally makes a snide appearance and sticks the boot in.

Duncan Bannatyne, the millionaire ice-cream salesman who can hand over a 99-er with a knowing stare.

Deborah Meaden, a dragon if ever, the head girl with a face of thunder that looks as if she repeatedly slaps it with a wet kipper just to get ‘that look’.

New dragon James Caan, who is rather a nice chap for the moment… but just you wait and see...you'll get a bunch of fives instead of fivers.

And that leads me to Richard Farleigh, former Dragon and tech wizard from Oz who, instead of breathing fire, was a man bereft of the bully gene, gently chiding entrepreneurs for their presentation, helpfully pointing out the flaws in each invention or business plan, the thinking man’s Dragon.

Could this be why the producers of the show turned on him?

Apparently Farleigh was booted off the show because they wanted to see an ethnic face on “Dragon”. An antipodean not fitting the ethnic bill, his was not a case of bullying, but out-and-out New-Brit racism. One can almost imagine the brainstorming sessions in the aptly named White City where the BBC has its HQ… Asians are good businessmen we must go Asian.

Nothing against James Caan personally (seems a nice bloke actually) but bring back Richard Farleigh.

Suggestions for next BBC Dragons' Den script meeting: Theo’s seat is always vacant, so ditch the Cyp thereby saving his kids' inheritance, keep the Asian, but - above all - bring back Oz.

[Note... A Sunday Mirror investigation into Dragon’s Den revealed 13 of nineteen contestants on the show promised cash never received it. The total amount unpaid came to £1.9m. However, before going to this site please see a biteback comment left on TheBigRetort... it seems that there are two sides to this tale and even a Dragon can choose the wrong business partner. http://www.sundaymirror.co.uk/news/tm_objectid=17762194&method=full&siteid=62484&headline=dragons--con-name_page.html]