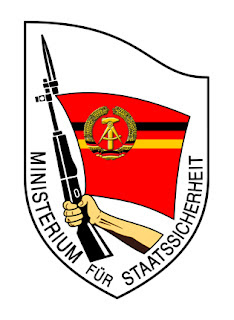 These new anti-terror powers are worthy of Commons sense.
Some years back I was puzzled to see scores of uniformed police officers in body-protection armour and Dayglo jackets, accompanied by sniffer dogs, stopping, questioning and searching commuters as they exited a London tube station. The dogs were quite nice. It was their masters who were the Rottweilers.
When I enquired abut the operation, a police officer quipped, "It's part of a strategy by Ken Livingstone and Transport for London.'

When I pointed out that it seemed a bit over the top, he responded loudly, 'What are you - a bloody anarchist!"
An attempt to photograph this quite visible - the police later claimed sensitive - operation led to my being questioned and detained at length (ten minutes) under... the Prevention of Terrorism Act.

All this despite the fact that I was pushing a pram with my baby daughter inside, and despite the fact that I had asked an officer's permission to film the scene for the local rag. (Not that one needs to in a democracy.)
A police officer later told the newspaper: "The aim of the operation was to show a visible presence to members of the public and lessen the opportunity for criminality and fare defaulters to travel undetected through the area."

Of course, I hear you say, not long afterwards several nutters blew themselves up on London Underground taking many souls alongside their own misbegotten lives, so all's 'fare' then. Be that as it may, would such a highly visible police operation have prevented the nutter atrocities?
Like I said, commuters were being body searched (ostensibly for drugs) and questioned exiting the station - so it seems unlikely.

Email ThisBlogThis!Share to TwitterShare to FacebookShare to Pinterest
Labels: In the name of the law