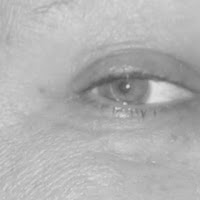 The Morgan -v- Transport for London appeal took place today at PATAS (the Parking And Traffic Appeals Service). In a surprise move, adjudicator Andrew Harman dispensed with previous TfL 'evidence', and decided to consider video footage instead - made available by the Authority only after the fine was disputed. (See earlier post Lewisham Scam-Cam below.)
But why should the adjudicator choose to decide the merits of the case on the video footage alone? Is it because the photograph TfL presented of the vehicle 'stopped' on the junction box was in fact a snap of a car moving?
The adjudicator claims he does not need to consider the still photograph - in effect evidence of wrongdoing or cock up by TfL - because video footage alone is (now) 'enough' evidence. But the video footage was not what TfL supplied in support of its case against me.... Despite this, the PATAS adjudicator was unable to reach his deliberations at the Hearing, and instead claimed that he needed to view the video footage again - even though he had done so twice that day in my presence.
But let's not lose sight of the regulations in this matter. [7] [1] "no such person shall cause a vehicle to enter the box junction so that the vehicle has to stop within the box junction due to the presence of stationary vehicles". [Emphasis added.]
The video reveals that there were no stationary vehicles when my vehicle entered the box. It appears, however, that this may be open to further 'interpretation' by TfL. According to the PATAS adjudicator TfL may (and does) say... 'You should not enter the box if anything (whatsoever) causes you to stop within it.'
Asked how PATAS adjudicators maintain an impartial position - given that the organisation shares an office suite with the ALG Transport & Environment Committee - Harman claimed that this would not affect his decision making.
The Parking and Traffic Appeals Service (PATAS) claims that it "aims to provide a fast, efficient and quality service....[through] panels of independent adjudicators." Coincidentally, it considers appeals against Penalty Charge Notices issued by ALG (now known as "London Councils")whilst also coincidentally being on its payroll...

[Ed's note.. The organisation shares more than an acronym with the Patas Monkey photographed above. Erythrocebus patas is ground-dwelling, should normally avoid dense forests... and, like its namesake PATAS, junction boxes.]
at June 19, 2007

Email ThisBlogThis!Share to TwitterShare to FacebookShare to Pinterest
Labels: TfL